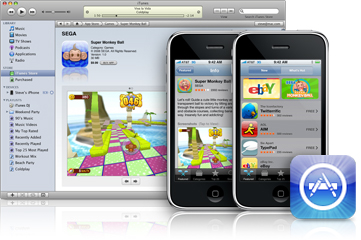 Wired is reviving rumors from late January regarding a premium section in Apple’s App Store. The premium section would allow hand picked developers to sell games and other more sophisticated apps for $20 or more without being lost in the crowd of free and $0.99 apps.

We’re hearing rumors that Apple could introduce a “premium” section in the store, in order to sell more expensive third-party programs. The premium section would largely be focused on games, giving game makers a channel to offer more in-depth (and pricier) titles without getting lost in the clutter of free and $1 apps.

Of course Wired was unable to get any large 3rd party developers or Apple to comment on the story.

Although many developers have been able to make a substantial amount of money selling apps in the App Store there still haven’t been any large scale development done for the iPhone. The premium section would allow a large 3rd party developer to put more resources behind an app and still be able to actually make their money back by selling more than just a few copies.

The original rumor from late January caused many to speculate a June release date (at WWDC) for the premium section, but with the announcement of an iPhone event this Tuesday it is possible we will get a sneak peak at the new feature at the event.

Rumor: iPhone to Get a Premium App Store | Gadget Lab from Wired.com.