Two things this week I’ll keep it short and sweet, just pictures, its all you need.

This week I found two things that I though were really really cool.

The first is Chocolate Technology:

It is chocolate in the shape of cool tech gadgets. How about taking a bite out of a blackberry or eating a whole iPod. I thought they were really cool so check them out.

A wireless router that can not only share broadband internet but can also connect to the internet through dial-up. This way you can always be connected to the internet without having to go find and dust off that old USB modem.

First up is the AppleTV, obvisouly the biggest story this month and one of the coolest products of this year, I know I know there are others out there that do the same thing and some do it better but I just love the polished look and feel of it, it is great. Buy it here.

check out our AppleTV coverage

Next is a little bit of an odd ball. The LED faucet, it was going around the net a while ago but you can get it at ThinkGeek for $19!

The ID Pilot Wire Identification Label, I talked about it here if you want to know more.

This week my pick was going to be the Apple TV but since it got delayed. I went with something that I have been wanting for quite sometime, I recently saw that a local second hand shop had one and boy did I want it.

Yea yea I know, how come you want one of those when you have a MacBook and why do you want such an old computer. Mostly because its beautiful and I would be willing to use it day to day. That would become my work computer, I don’t need to much power for that, I just need to be able to access my email and run Shrook alongside Firefox. I don’t know what the second hand store was selling it for but I’m sure it wasn’t exactly cheap, someone on Amazon.com is selling a 15″ one for about $600. But I think the price would be worth owning the best looking computer anyone has ever made. I do like the new iMacs but they just aren’t the same.

Don’t you just miss this iMac, it was the best looking computer ever built, and I just don’t understand why they went to the design we have today, Apple actually did what they said they didn’t want to do when making the G4 take the G3 iMac and cut off the back.

I guess I just don’t under stand why they did what they did.

Not much that I want this week although I did finally set up my bedroom how I wanted it with my desk, my MacBook, my TV and so on. So just to make things easier and cooler I want these two things.

It doesn’t really matter what kind I get any brand will do. What I would like to do is run all of my USB cables into this hub and mount it on the back of my desk so that I only have one USB cable running to my MacBook.

The S-Video to Composite Cable would come in handy because I would like to use my older laptop as a HTPC in the bedroom since I don’t have cable and my main source of entertainment comes from podcasts this would be great. I often like to watch podcasts as I fall asleep. I already have an old wireless keyboard and mouse that would be perfect. It already has a DVD drive so I could watch movies in bed.

Last week my pick was the 640MB version of the Geforce 8800GTS. Well this week a new version came out with only 320MB of memory on it. I think Its much better, mostly because of the price.

With all of the same specs as the 640MB version but with half the memory, it’s well worth it considering the price difference of the two.

This week I there was only one thing I actually wanted. It all started when I installed Vista, then I wanted a little more graphics horsepower. Not that I didn’t have enough, I am running a Geforce 7800GT but I wanted to upgrade to DX10 for the upcoming games and the extra horsepower for Aero Glass wouldn’t hurt.

at 500MHz core and 1600MHz memory this thing is fast and doesn’t carry quite as high a price tag as its big brother the 8800GTX. It even has HDCP built in so when we all end up with Blu-ray or HD-DVD drives in our computers I’ll be able to watch the videos with no problem.

These are the things that I wanted to buy this week. There wasn’t very many products that I wanted this week so there are only two of them. I might not actually buy them but I do want them.

The Orange iPod Shuffle. Even though I have the silver first rev one I want the orange one because it looks cooler and it comes with the newly designed headphones, really cool! 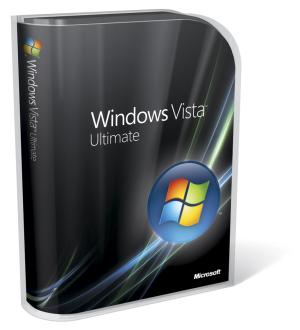 Microsoft Windows Vista Ultimate. I know that many of you have been hating on Vista but I think its a great operating system and I plan to use it for my HTPC in the living room, that Media Center interface is beautiful and its more secure.