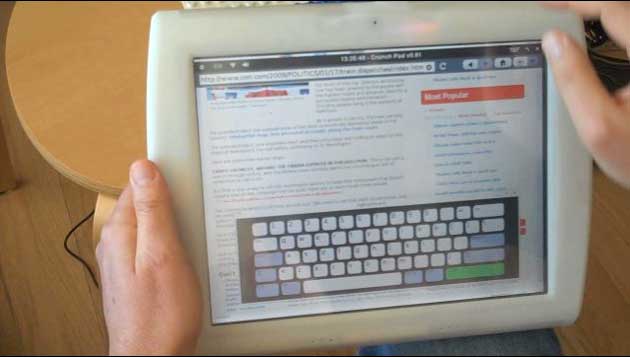 Ngmoco’s Neil Young announced in our forums that Rolando will be released on December 18th, 2008. The date also confirms early ads (see right) that have been spotted on the web. Young also reveals that new videos, screenshots and information will be released this week.

‘Rolando’ to be Released on December 18th | Touch Arcade.

Guitar Rock Tour was recently released on the App Store and it is one heck of a game. The game is developed by Gameloft and is essentially a Guitar Hero World Tour clone, for the iPhone.

The game has two instruments to play, Guitar and Drums, 17 licensed tracks including Beat it, In the Shadow, Girlfriend, Message in a Bottle, etc. and a Rock Star career mode that takes you from playing in your garage to stadiums.

I’ve played most of career mode with the Guitar on medium and it is a really fun game. The graphics look great, the notes aren’t too difficult to time and the songs are good.

I do wish there were more songs in the game but you’ll most likely have to wait for Guitar Rock Tour 2 for the iPhone before we get any more songs. Playing the Guitar feels great but the Drums are terrible. there are only two notes that come from the top of the screen but you have 4 different buttons to press for them, from the tutorial it seems as though you are supposed to hit the cymbals when two yellow notes come down but having to reach up that far and then reach down again for an upcoming note is very awkward. I’ve experimented a little bit and it seems that hitting both of the bottom drum pieces at the same time will also be recognized as a successful note but it isn’t very clear.

The game costs $9.99 and I think it is worth every penny. In the past I’ve complained about the prices of apps in the App Store but this is one of the few that actually seems worth the price.

Two player mode would work really well with this, especially since you can play with two different instruments. You could play guitar while a friend takes the drums, but I guess the developers didn’t want to go in that direction or just thought that implementing it would be too much work for what they would get out of it.

At the time of writing this the app was a little crashy, but not to the point where it was unplayable, if I had my iPhone on for a long period of time it would seem to crash shortly after launching but after a quick reboot of the phone it would work fine, so I won’t hold it against the game. I’m sure Gameloft is already working on fixing these bugs and will be releasing an update soon.