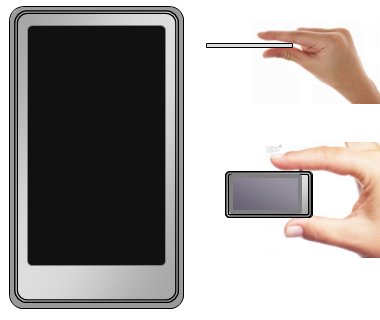 God of War 3 may be the game that makes everyone change their mind about the Playstation 3 (I know I’ve said it before and I will probably say it again).

God of War has been a pretty successful game in the past and hopefully they will continue with this next one. (I openly admit to being a little bit of a Playstation fanboy but only because I hate the Xbox controller).

It will have some kind of weather widget, it will have Google Maps, and it will also (presumably) have a 5 megapixel camera.

The phone looks darn good, can’t wait to get full specs and information on the device.

Sony Ericsson’s white papers have detailed quite a bit about the Xperia X1 and this latest one offers details on the specs of the handset. The device will ship with 256MB of SDRAM, 512MB of NAND Flash, 10 hours of GSM talk time or 6.5 hours using UMTS.

The battery life on this thing sounds really good but if you are making video calls it will dip down to 3.1 hours and will take 3.5 hours to fully charge.

The phone is still set for a September release and when it does I’m sure it won’t sell well but, will be every Geeks super phone of choice (that is unless they have an iPhone).

The rumor of Sony giving PS3 owners the ability to purchase downloadable video on their consoles has heated up because of a recent ad video floating around the internet. The video seems to show off many of the features of the Playstation 3 but very quickly flashes a screenshot of what seems to be a store front for TV shows.

Cartoon Network, NBC, MTV, HBO, and CW are shown in the screenshot but the question to ask is, when will this be unveiled? E3? Maybe.

So those clever hackers are at it again, this time decrypting games purchased from the Playstation Network for the PSP. Currently you have to decrypt the games on the PSP that you purchased them for, but this is a giant dent in the shield of Sony so that users can get their content where they want it.

Just to let all of you PSP owners out there know (who haven’t found this out already) hacking your PSP could change your life in meaningful ways. Not only can you do things like decrypt games bought on the Playstation Network (like I mentioned above) but you can also play games using emulators and all sorts of other great little hacks. to find out about PSP hacking go here.

Back when PlayTV was first announced I was incredibly excited and really hoped that Sony would eventually release it in the US. Unfortunatly Sony hasn’t even been able to release it in the UK yet. But, the BBC got a chance to play around with the PlayTV and it looks pretty cool.

The interface of PlayTV is gorgeous, very simple controls to do whatever you would like, be it watch live TV, schedule a recording, or play recorded shows. PlayTV even goes so far as to allow you to watch live TV or recorded shows on your PSP wherever you have a Wifi connection for the PSP.