Nvidia is going to quietly launch a GeForce 9800GT “Green Edition” in mid-March. The “Green Edition” has a lower GPU voltage, and consequently slower clockspeeds. The core clock looks set to be reduced from 600 to 550MHz, while the shader clock will be decelerated from 1500 to 1375MHz.

Sounds like Nvidia is in the renaming mood. I hate when they do this, but if it means we end up with eventually better priced graphics cards I’m happy with it. 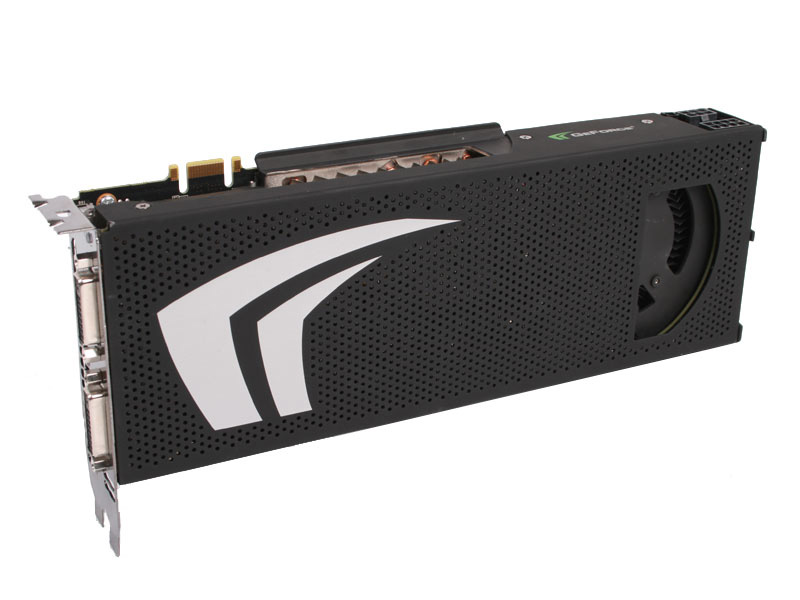 Nvidia has just released another low end graphics card, the Geforce 9400 GT shares many of the same optimizations as the rest of the 9 series, the chipset has 16 visual effects cores but is fast enough to double the performance of the Geforce 8400 from just a year ago.

The GPU has a 550MHz core clock speed and 800MHz effective memory clock letting these boards have smaller cooling fans than other GPUs.

Although there will be variations from different manufacturers a stock 9400 GT will have 512MB of memory, a single dual-link DVI connector and VGA. This card should set a new benchmark for low end graphics cards and is targeted at a price point of $59.

Cards should be available starting immediately.

Rumor has it that Nvidia may be getting out of the motherboard chipset business.

“AS the story is told, Nvidia called a meeting earlier this week with its motherboard partners to gauge support for it continuing to develop chipsets in the future,” DigiTimes said. “The motherboard makers’ response? Silence.”

Details of the whole situation are few and far between but the report speculates that the team working on chipsets would be transfered to working on GPU projects.

This would also mean that Nvidia would have to license it’s SLI support to other chipset manufacturers , that’s if they still want to stay on the top of the graphics card performance heap.

This rumor truly disproves another recent rumor that Apple would be using Nvidia chipsets in their upcoming Macs. Apple has said to be transitioning away from using Intel chipsets in their computers and back to using their own breed of chipsets made by another manufacturer.

This is sad for me because I’ve always been a fan of Nvidia’s chipsets and feel that they are superior to almost all other manufacturers chipsets (AMD may have better chipsets but I haven’t had any experience with them). I hope that this rumor is just that, a rumor, and we will continue to see Nvidia chipsets in the future but if it’s bad for business I don’t see how they would continue to make them.

Nvidia has announced that “significant quantities” of previous generation GPUs and mobile communications processors were defective and that it would take a $250M charge against earnings to repair and replace affected chips.

Nvidia didn’t say specifically what chips were faulty or how many are faulty but according to The Inquirer every single G84 and G86 GPU is affected. Both chips share an ASIC and the core design suffers from a heat related issue.

This is a pretty big deal for Nvidia and I’m worried that this combined with the recent release of ATIs 4800 series of graphics cards will end up with them taking a back seat to ATI again.

“Multiple analysts also told us that NV specifically told them that this problem is confined only to HP. I wonder why Dell is having failures in huge numbers for their XPS lines and replacing them with ATI parts? Why is Asus having similar problems? Go check the message boards, any notebooks that came with G84s and G86s have boards filled with dead machine problems. Most of these, especially on the NV forums are being quashed and removed by admins, so act quickly and take screenshots of your posts.

Basically, NV seems to have told each analyst a highly personalised version of the story, and stonewalls everyone else who asks. Why? The magnitude of the problem is huge. If Dell and HP hold their feet to the fire, anyone want to bet that $200 million won’t cover it?”

Nvidia has officially introduced its new Geforce GTX 280 and GTX 260 graphics cards. The GTX 280, which will be Nvidia’s new high end GPU, is supposed to be 50% faster then the 8800GX2 when in its overclocked AMP! Edition.

The GTX 280 has 1GB of GDDR3 memory with a 512-bit memory interface, this means you’ll be getting about 142GB/s memory bandwidth. But, with all that power means you have to pay a price, a high price, $649 to be exact.

Both of these GPUs will be released on store shelves on June 26.

If you have a certain kind of Geforce 9600 like this one, all you have to do is flash the BIOS and it will unlock the unused shader units and the 2 memory units that Nvidia has deactivated. To simplify this you are adding 128MB of RAM and some extra hardware pipelines only by modifying some software.

Unfortunately the graphics card that this hack works on isn’t very common but if you can manage to get a hold of one you can save a lot of money and get a huge performance increase over the 9600.

Nvidia recently informed its partners that they would be changing the name for the upcoming Geforce 9900 series to the GT200 series. I don’t know if this was to confuse us but it surely will.

Nvidia has also decided to release these new GPUs a little earlier to coincide with the RV770 which will launch sometime around the third week of June.

I don’t know why these companies (Nvidia, AMD, Intel) seem to think that it is a good idea to change their naming scheme, why can’t these idiots come up with some kind of naming convention that will last a little longer than 5 or so years?