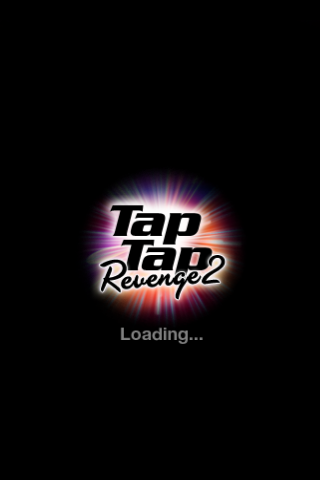 The sequel is very similar to the first version but there have been some improvements. The new game features over 150 free tracks to play with more tracks added every Thursday. The game has a whole new game engine which debuted with Tap Tap Dance, which makes for a much better 3D experience. Tapulous has also introduced “tap and hold” and “multi-tap” features in the higher levels.

Tap Tap Revenge 2 has 3 ways to play with your friends, Challenge mode lets you email your friends challenging them to beat your score, a progress meter lets them know how they did compared to you and Tapulous will let you know how they did. The two player split-screen mode which was so well done in the original is even better now, it has a brand new look and now has a progress meter. You can also use a vastly improved online play option.

The game also has career achievements but from what I have seen of the game there is no benefit from doing them except for the ability to show off how good you are at (or how much you play) the game.

Tap Tap Revenge 2 has some decent improvements over the original but I’m a little worried that it will end up being used the same way Tap Tap Revenge did, not at all. I haven’t played Tap Tap Revenge since about a week after I downloaded it, there just isn’t enough depth to the game. Maybe if you could unlock songs instead of being able to just download all of them it would be a little different. Or better yet if it featured a career mode similar to Guitar Rock Tour‘s. For fans of the original it is must have, otherwise it might not be that compelling.

Luckily the game is free so even if you don’t end up liking it you really only spent a little time and some hard drive space on it.