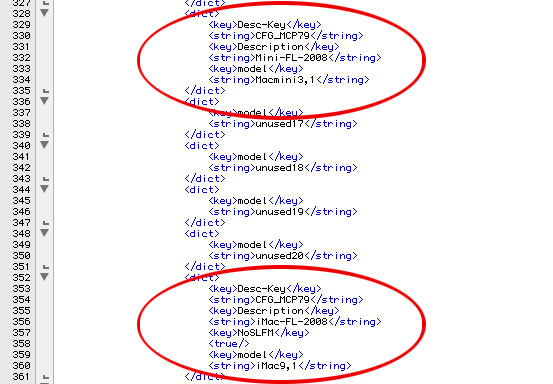 It was pretty easy to assume that new Mac Minis and iMacs would use Nvidia chipsets but it wasn’t confirmed until a member of the InsanelyMac forums went looking through the extension files that ship with the latest MacBook and MacBook Pros and found references to the new models.

This I’m sure is a big deal to Mac Mini lovers as they will gather from this that at least the computer isn’t going away any time soon (as rumors of its demise have been floating for what seems like ages).

But, what we don’t know about these new models is when they are coming. If I was to guess I would say sometime around MacWorld but I wouldn’t assume that they would be mentioned on stage, especially since they probably aren’t going to see any more of a hardware upgrade then the MacBook and MacBook Pros recieved and they will most likely not be seeing any design changes. It is still hard to say what we are going to be seeing at MacWorld but I would expect to see Snow Leopard and probably not these new Minis and iMacs.