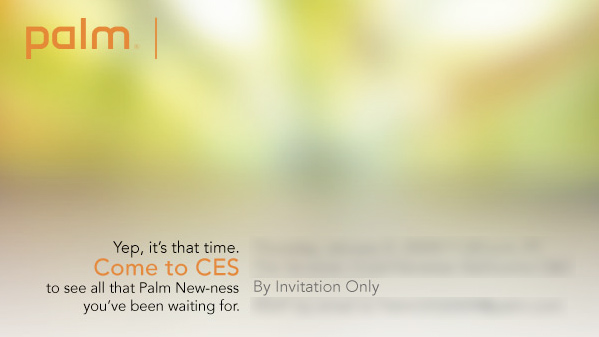 Palm hasn’t exactly been the most interesting of cell phone companies lately and because of that it is very possible that this year could be there last chance to really come back. Palm was in the forefront of smartphones a few years ago but with difficulties getting Palm OS 6 finished they have slowly moved further and further back in the crowd.

But rumor has it that Palm will be showing off their next generation Palm OS, named Nova, at CES this year. They are also rumored to not only just be showing off the new OS but they should have a new device to show it off on.

According to the rumor the device will have a release in mid-2009. There isn’t really any information on the new OS out yet, but it is supposed to meet the needs of those who want something between the businessy Blackberry and the media rich iPhone. This of course doesn’t mean anything to me since I personally believe that the iPhone is just as good if not better at business tasks then the Blackberry is (but I love the virtual keyboard). But, we’ll have to wait and see if this is really what’s going to bring Palm back as a viable option for smartphone buyers.